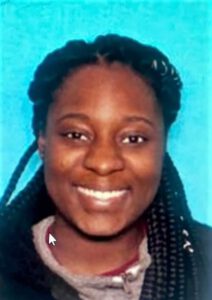 The child who was found to be 18 months old was then transported to a local medical facility where he was treated and is expected to recover from his injuries.

The investigation thus far revealed that the child was thrown from the bridge by his mother for an unknown reason, as there is no known motive. Moments later the suspect was identified as Asha Randolph 30 years old, entered Bayou Terrebonne and pulled the child from the water. Officers also learned that at the time of the incident Asha had left her 8- and 6-year-old child in her vehicle unsupervised.

Asha Randolph was then taken into custody and arrested for the charges of Attempted 1st Degree Murder, Child Desertion and Obstruction of Justice.

At the present time this incident is still under investigation and further details may be released at a later date and time.

On September 23, 2022, the Houma Police Department arrested Asha Randolph and charged her with attempted first-degree murder, according to Travis Theriot.

The child was brought to a local medical facility and is expected to make a full recovery.

Further details will be released at a later date.