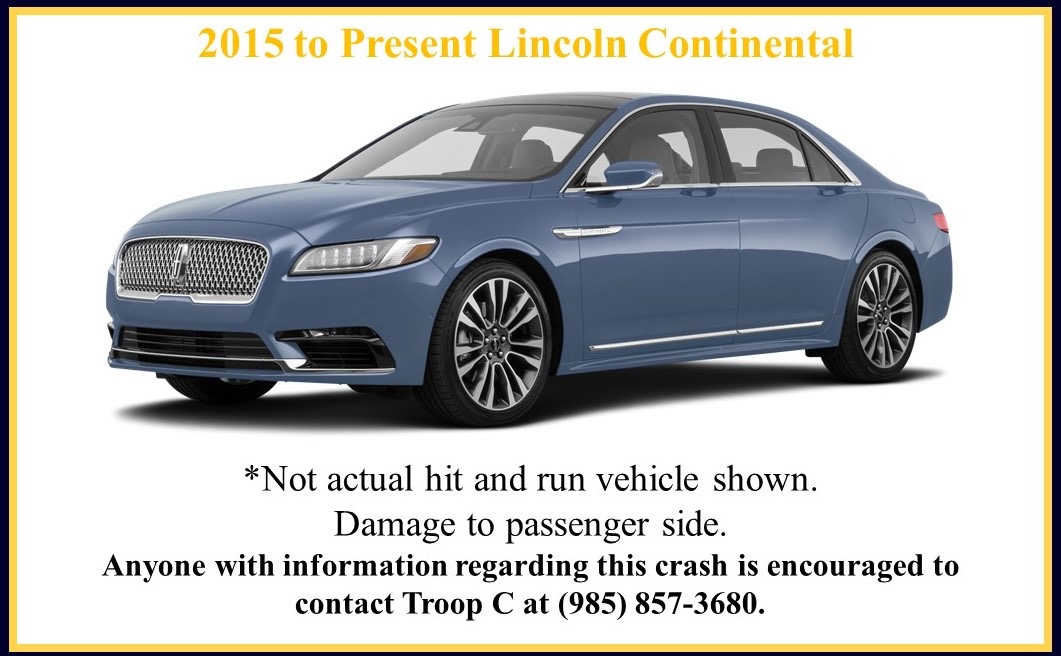 Belle Rose – On October 16, 2022, shortly after 8:00 a.m., Louisiana State Police Troop C was notified of a fatal hit and run crash involving a pedestrian on Louisiana Highway 998. The crash claimed the life of 54-year-old David Gilbert of White Castle.

The preliminary investigation revealed Gilbert was walking east in the westbound lane of LA Hwy 998 when he was struck by a westbound vehicle. The vehicle left the scene after the collision. It is believed the crash occurred after 1:30 a.m. on October 16, 2022.

Gilbert suffered fatal injuries and died at the scene.

Evidence located at the scene suggests the suspect vehicle involved is a 2015 to present Lincoln Continental with damage to its passenger side. It is unknown the color of the vehicle at this moment.

As the investigation continues, anyone with information regarding this crash is encouraged to contact Troop C at (985) 857-3680. More information will be released when it becomes available.

Troop C has investigated 39 fatal crashes resulting in 43 deaths in 2022.