St. Mary Parish Sheriff Blaise Smith is asking for the public’s help in an investigation into a shooting incident that happened on Saturn Road in Bayou Vista Saturday night.

At 12:29 pm, deputies responded to a residence on Saturn Road in Bayou Vista after a 911 call of a subject wounded. Deputies discovered a local woman who was wounded by a gunshot.

Detectives were brought in and through the investigation, Derrick Lee John Williams, Jr., 20, of Lafayette, LA, was identified as the suspect.

Detectives learned that Williams allegedly took the 1-year-old toddler from the residence and fled the scene. A level II Endangered Missing Child Advisory was issued on behalf of the SMPSO by the Louisiana State Police.

SMPSO detectives have obtained a warrant for Williams on the charge of Attempted 1st Degree Murder.

Detectives are asking that the public submit any information on the whereabouts of Derrick Lee John Williams, Jr. to the St. Mary Parish Sheriff’s Office by calling 337-828-1960. Tips can also be submitted anonymously on the website at www.stmaryso.com. 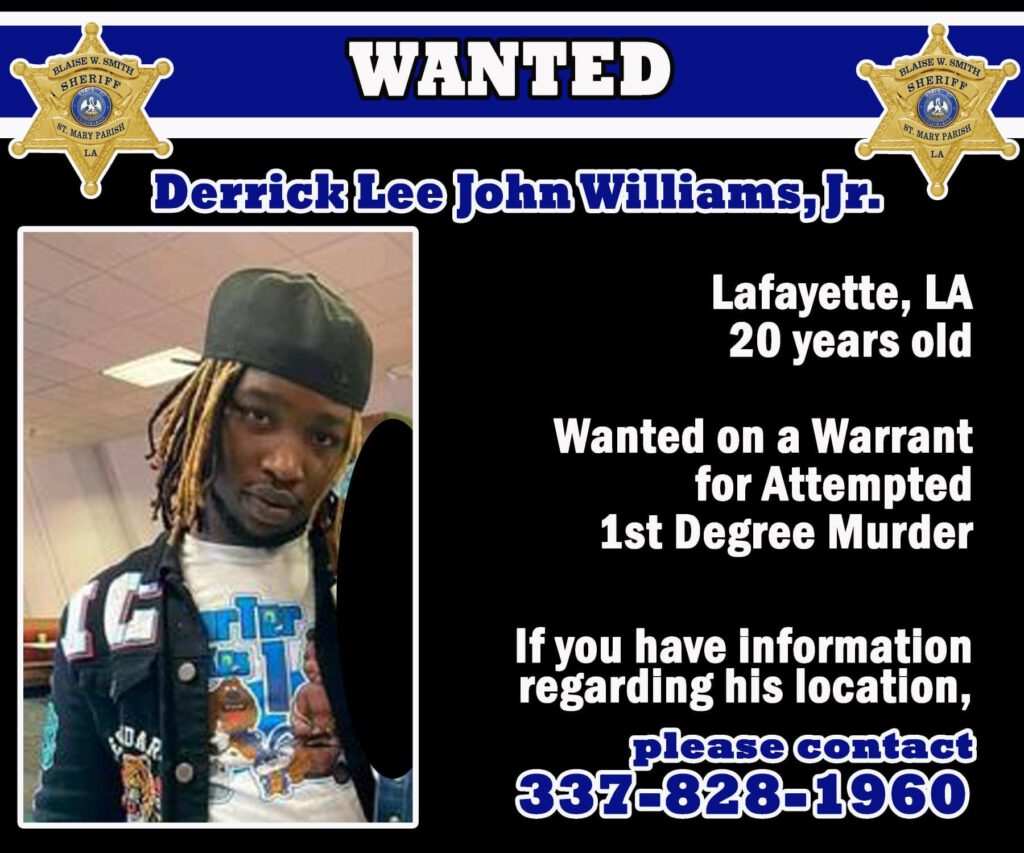