During the interview process, agents established that illegal drug activity was being conducted.

Based on all information available, agents established that probable cause existed and obtained a search warrant for the property in question.

The search warrant and arrests were executed on Thursday.

At the conclusion of the investigation, agents arrested Brendan Scott Charlet, Alyssa Maray Jarreau and Kade Leo Penn and booked each into the Assumption Parish Detention Center on charges as follows:

They were incarcerated pending bond hearings.

The investigation is ongoing and additional charges are possible. 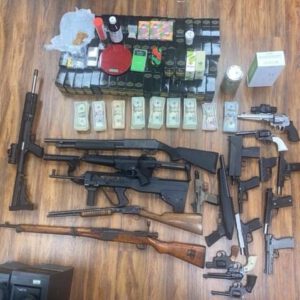