Thibodaux Chief of Police Bryan Zeringue announced that two arrests have been made in connection with a Friday evening shooting at a business. 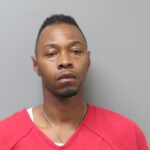 Timothy Paul Thomas, a 38-year old Black male of Gray, was charged with one count of Felony Accessory after the Fact of Second Degree Murder  Timothy R. Thomas remains incarcerated at the Lafourche Parish Correctional Complex with a No Bond Hold. 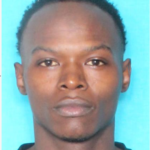 Terrione R. Thomas, a 26-year old Black Male of Baton Rouge, has been arrested and charged with one count of Second Degree Murder. He was located at an out of town hospital and taken into custody by the Baton Rouge Police Department.  Thomas will be later transported back to the Thibodaux Police Department for interview and booking.

The investigation has revealed that Terrione R. Thomas was reportedly involved in a verbal dispute with Alvin Turner at a private party in the 900 block of St. Charles Street. Thomas then left the establishment, reportedly retrieved a gun and returned to the party. At that time, he allegedly began shooting at Alvin Turner, a 47-year old Black male, ultimately killing him. A second victim, Linda M. Johnson, a 70-year old Black female, was also struck by gunfire during the incident and succumbed to her injuries.

If anyone knows the whereabouts or has information that could lead police to Terrione R. Thomas, is asked to submit a tip anonymously through Crime Stoppers Bayou Region by phone at 1-800-743-7433 or online at www.crimestoppersbr.org. Tips can also be submitted using the P3 Tips app on your mobile device. By submitting a tip through Crime Stoppers, tipsters could be eligible for a reward of up to $1,000 in cash if the information leads to an arrest.