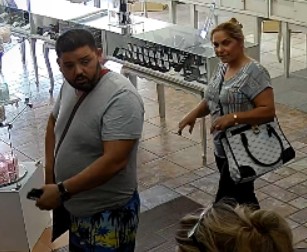 Interim Chief Mark E. Griffin Jr. and the Morgan City Police Department are asking for help from their Community Partners in identifying two suspects in a Theft Investigation.

On July 26th the subjects depicted in the picture entered a local business on Seventh Street. According to reports, the subjects were involved in allegedly taking merchandise from the business valued at over $7,000.

Anyone knowing the identity of these subjects are asked to contact the Morgan City Police Department Detectives Division at (985)380-4605.

All persons are presumed innocent until proven guilty in a court of law.