Chief James F. Blair reports that over the last 24-hour period the Morgan City Police Department responded to 20-calls of service. The following person(s) were arrested as the result beginning on 2/8/2021 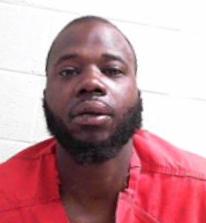 Charge:
Possession of a Firearm By A Person Convicted of Certain Felonies
Firearm Free Zone
Possession of Marijuana (2 Offense)
Violation of Uniform CDS Laws-Drug Free Zone
Resisting an Officer
Battery on an Officer
Aggravated Assualt with a Firearm