Powered by iSpeech
Chief James F. Blair reports that over the last 72-hour period the Morgan City Police Department responded to 31-calls of service. The following person(s) were arrested as the result beginning on 2/23/2021. 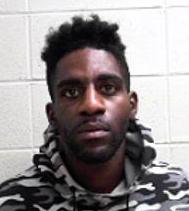 Jamarcus Cark was located at a residence on Fifth St. in Morgan City and taken into custody on active warrants held by the St. Mary Parish Sheriff's Office and 16th District Court. He was transported and booked into the Morgan City Police Department.