Chief James F. Blair reports that over the last 24-hour period the Morgan City Police Department responded to 39-calls of service. The following person(s) were arrested as the result beginning on 1/26/2021

An officer came into contact with Tayler M. Davis in the area of Federal Ave. and Bowman. A warrant check revealed the 16th Judicial District Court held for active warrants for his arrest. He was placed under arrest and transported to the Morgan City Police Department for booking and incarceration. 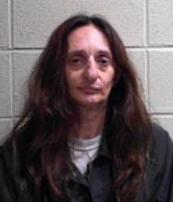 Officers were called to an address on Highway LA 70 for a complaint. Upon the officer’s arrival, they came into contact with Valerie A. McKee who appear to be under the influence. She was found in possession of suspected marijuana, methamphetamine, and drug paraphernalia. She was placed under arrest and transported to the Morgan City Police Department for booking and incarceration.