iSpeech
Berwick Police Chief David Leonard, Sr. has announced plans for a DWI checkpoint during the “Drive Sober or Get Pulled Over” national campaign. The campaign is coordinated and funded by the National Highway Traffic Safety Administration and the Louisiana Highway Safety Commission and the objective is to reduce the number of DWI related crashes through public education initiatives and enforcement efforts, thus making the roadways safer to travel.

On Saturday evening, September 3, 2022, a checkpoint has been planned to take place within the city limits of Berwick and will continue into the early morning hours of Sunday, September 4, 2022. Additional law enforcement officers from agencies throughout the parish and the Louisiana State Police will be on hand to assist. Officers will also be assigned to saturation patrols throughout the duration of the campaign to locate and remove impaired drivers from the roadways. They will also be looking for other traffic safety violations, including but not limited to seat belt usage, child restraint violations, and distracted driving.

Berwick Police Department urges everyone to plan ahead and never drive after consuming alcohol, marijuana, or other drugs. Instead, designate a sober driver, or call a cab or other driver to make sure you get home safely.

Police also asks for patience and cooperation when passing through the checkpoint and for recognizing the importance of raising awareness for these safety efforts. 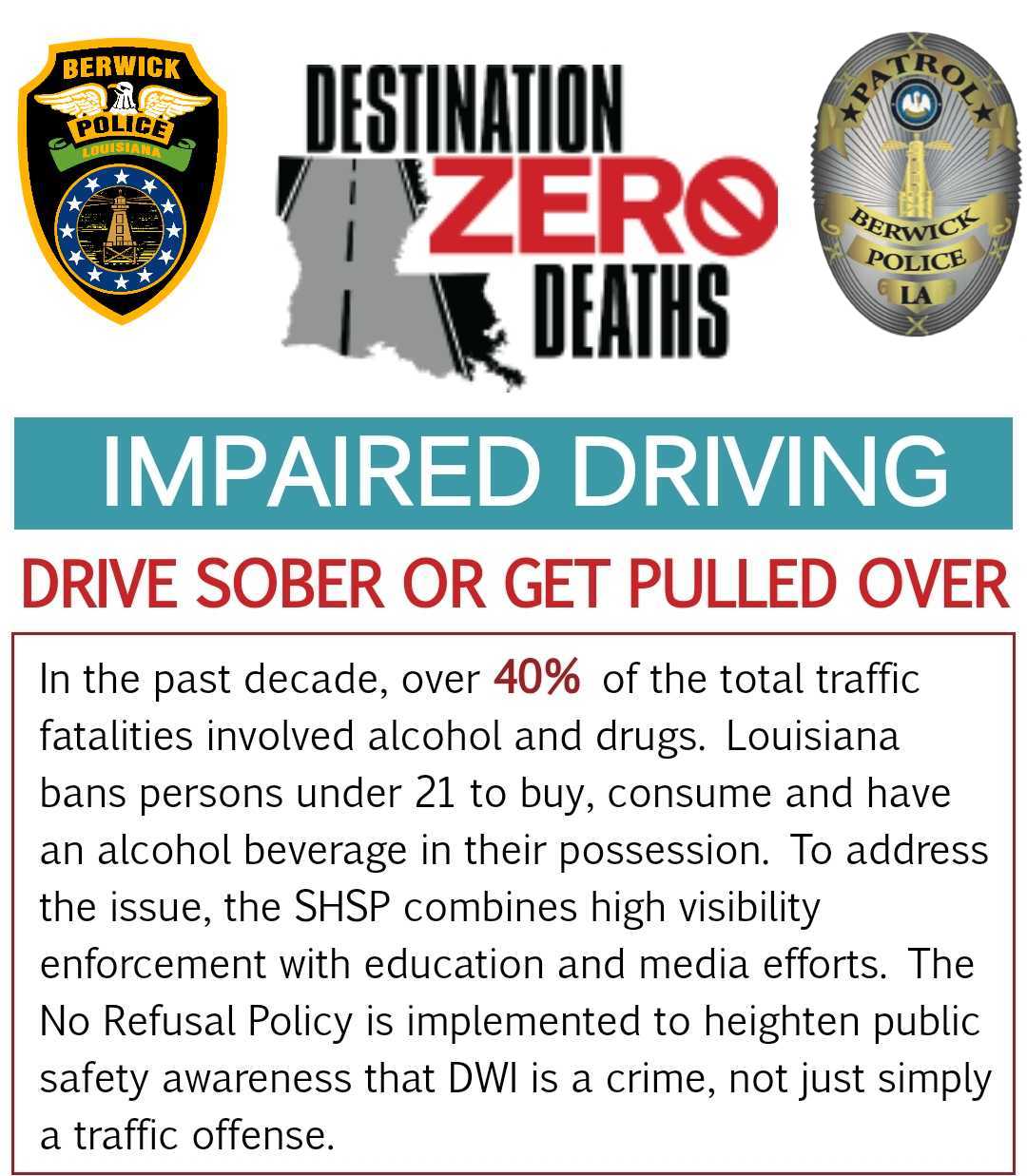