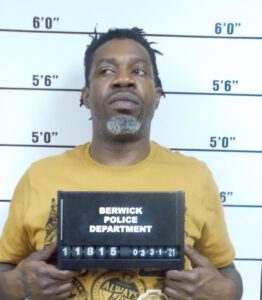 POSSESSION WITH THE INTENT TO DISTRIBUTE SCHEDULE I CDS MDMA 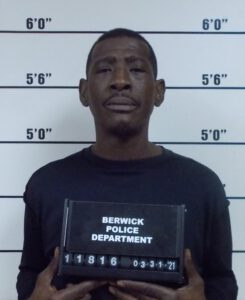 DISTRIBUTION OF SCHEDULE I CDS MDMA 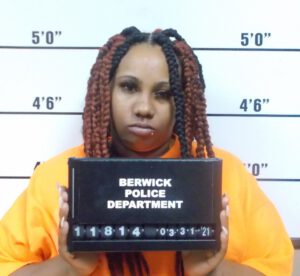 POSSESSION WITH THE INTENT TO DISTRIBUTE SCHEDULE I CDS MDMA

POSSESSION WITH THE INTENT TO DISTRIBUTE SCHEDULE I CDS MARIJUANA

On Wednesday March 31, 2021, an officer in the area of Highway 90 observed a vehicle traveling east with only one operable taillight. The officer also observed that the license plate view was obstructed. A traffic stop was conducted on the vehicle, at which time officers made contact with Allen and the other occupants of the vehicle. During the course of the stop, officers detected a strong odor of marijuana being emitted from the vehicle. Officers conducted a search of the vehicle and occupants. During this time, Allen was reportedly found to have MDMA pills in his pocket. A computer check revealed that his driver’s license was also suspended. Officers also spoke with Lewis who allegedly had MDMA pills on his person as well as a bag of marijuana. It was reportedly learned that Lewis discarded some marijuana before being stopped by police. Officers lastly spoke with Hampton who allegedly gave a false name due to outstanding warrants.

While searching the vehicle, officers located a large quantity of MDMA pills as well as a large amount of U.S. currency. It was learned that Lewis had allegedly given some MDMA pills to Hampton and that they were destined to be sold.

Allen, Lewis, and Hampton were all placed under arrest and transported to the Berwick Police Department jail where they await a bond hearing.