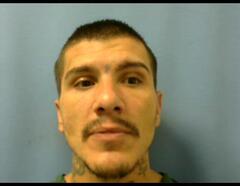 Through the investigation, the detectives observed Alvin Fitch get into a vehicle. Detectives conducted a traffic stop on the vehicle in Bayou Vista at the intersection of Delmar and Venus Streets and apprehended Fitch. He was placed under arrest for both warrants and transported to the St. Mary Parish Law Enforcement Center for booking. Fitch was later transferred to another agency.

As the investigation continued, detectives, along with officers from the Berwick Police Department, traveled to a residence on Oregon street in Berwick in order to locate Christopher Martin, who also held a warrant with Terrebonne Sheriff’s Office. .Upon arrival, contact was made with Martin. Through the investigation, drugs and drug paraphernalia belonging to Martin were found. Martin was arrested and taken to the St. Mary Parish Law Enforcement Center for booking.