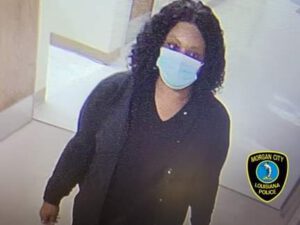 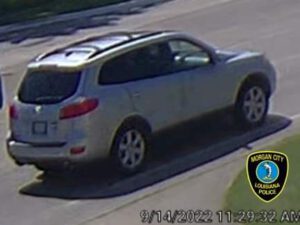 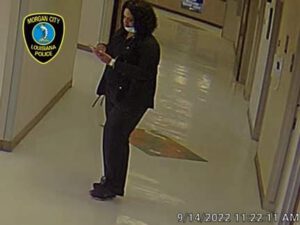 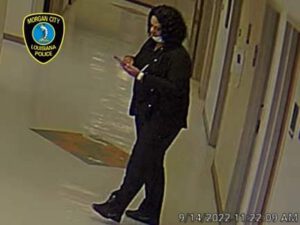 Morgan City Police Detectives are asking for help from their Community Partners in identifying a suspect in a theft investigation. According to reports, the female allegedly entered a office at a local business and took items from that office. The vehicle investigators believe the female left the area is also depicted in the pictures below.

Anyone knowing the identity of the female or recognizes the vehicle being driven is asked to contact the Morgan City Police Department Detectives Division @ (985)380-4605. You may remain anonymous.