Chief James F. Blair reports that over the last 24-hour period the Morgan City Police Department responded to 34 calls for service. The following person(s) were arrested as a result beginning on 02/25/2021: 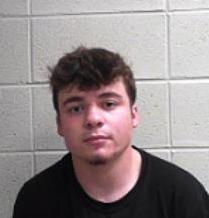 Both Acosta and Pierce were arrested after officers got several calls of a fight in the area of Federal Ave on Onstead St.  Officers located Acosta and Pierce and learned that Acosta had committed a battery on a subject.  Acosta and Pierce then started to fight with each other during which time Acosta armed himself with a weapon and struck Pierce.  Both subjects were placed under arrest and transported to the Morgan City Police Department for booking.