https://www.ispeech.org/text.to.speech
Chief James F. Blair reports that over the last 24-hour period the Morgan City Police Department responded to 38-calls of service. The following person(s) were arrested as the result beginning on 2/9/2021 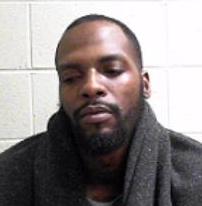 A patrol officer observed a traffic violation and conducted a traffic stop in the area of Highway 182 and U.S. 90. A traffic stop was conducted, and the driver was identified as Traylon A. Grogan. A warrant check revealed the 6th Ward Court held an active warrant for his arrest. When officers attempted to place him under arrest, he fled on foot. After a brief foot pursuit, Grogan was taken into custody and placed under arrest. During the arrest, he was found in possession of suspected MDMA and Risperidone. A computer check revealed Louisiana probation and parole held an active warrant. He was transported and booked into the Morgan City Police Department.