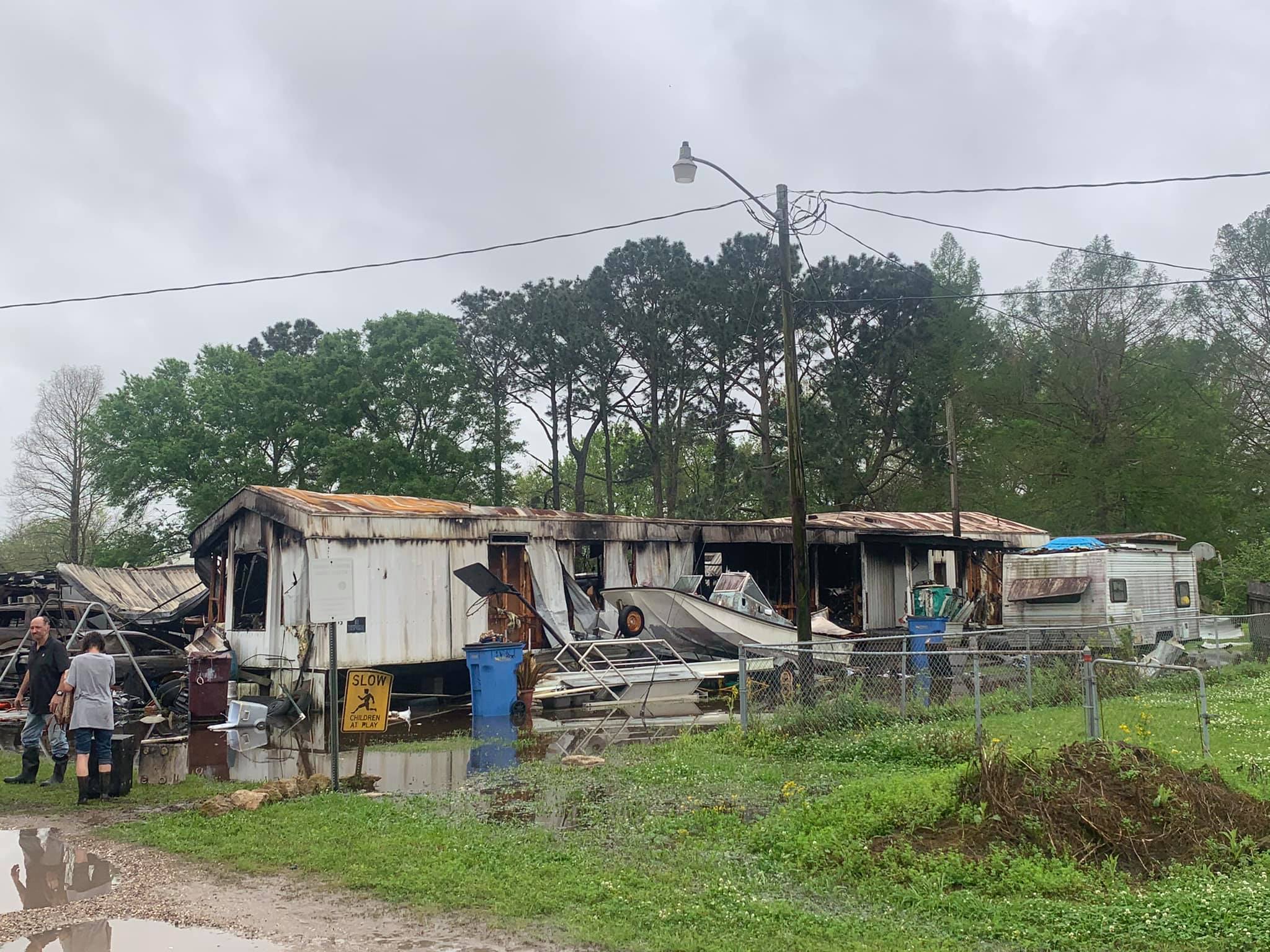 It took several area fire departments nearly five hours to extinguish a major mobile home fire which spread to nearby structures and vehicles on Saturday morning. At 4:45am, the St Mary Fire District 11 was dispatched to the 100 block of Romero Lane in the Sorrell Community for a hallway smoke alarm activation and occupants reporting a popping noise. Upon arrival at 4:52 am, the firefighters found a mobile home, three vehicles, two sheds, one camper, and multiple ATVs fully engulfed in flames.

At that time, mutual aid was requested from Jeanerette, Chitimacha, Baldwin and Grand Marais Fire Department and Iberia Parish Fire District 1 for manpower and additional fire trucks. Due to the massive blaze, first responders finally gained control and fully extinguished the blaze nearly five hours later at 9:25am. A total of nine fire trucks and 14 firefighters responded to the blaze. The St. Mary Parish Sheriff’s Office and Acadian Ambulance also assisted at the scene. No injuries were reported.

District 11 Fire Chief Clarence Clark said the homeowners had taken part in the Louisiana State Fire Marshal’s Office “Operation Save A Live” Smoke Alarm Campaign which resulted in them hearing the fire alarm. He added despite losing everything, the homeowners are in good spirits.
Donations are being accepted for the fire victims. They may be dropped off at the St Mary Parish Fire District 11 Central Station at 1205 Big Four Corners Rd in Jeanerette.