Morgan City Police has identified the driver in a high speed chase that occurred yesterday in Morgan City. Jarvis Granger age 34 of Joseph St. in Morgan City was arrested at 8:27 PM.

On April 5, 2021, a patrol officer in the area of Apple St. saw a vehicle nearly strike another vehicle.  The officer attempted to stop the driver of the vehicle when that driver began to flee from the officer.  During the pursuit, the diver later identified as Jarvis Granger fled at a high rate of speed and ran off the roadway into a yard.  Granger at one point stopped as the passenger attempted to exit the vehicle.

After the passenger exited the vehicle he fled on foot at which the driver put the vehicle in reverse and rammed into the police unit.  Granger then fled again before losing control of the vehicle at Second St. and Onstead St. striking a shed.

Granger was arrested on the following charges: 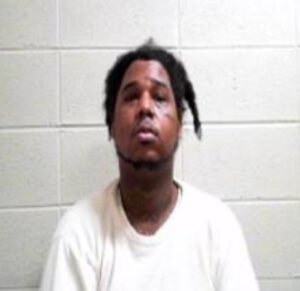