https://www.ispeech.org
On November 21st, 2020 at approximately 12:23a.m. the Houma Police Department responded to the “Main Event Center” located at 1101 East Street in reference to subject that had been shot. Upon arrival officers located a 36 year old male identified as Jason Livas of Thibodaux suffering from multiple gunshot wounds. The victim was then transported via ambulance to a local medical facility where he died as a result of his injuries.

The investigation revealed that Livas was attending a large party at the Main Event Center when the suspect entered the building and approached him. At the time Livas was standing in the middle of a large crowd and the suspect shot him multiple times. The suspect then fled the scene in an unknown direction due to the amount of people in attendance at the party. As the investigation continued, Landon Johnson 23 years old, of Thibodaux was developed as a suspect in the investigation.

After an extensive investigation by Detectives, on December16th, 2020 the Houma Police Department obtained an arrest warrant on Landon Johnson for one count of Second Degree Murder and Possession of a Firearm by a Convicted Felon. With the assistance of the Thibodaux Police Department, Landon Johsnson was located in Thibodaux and arrested per warrant without incident. 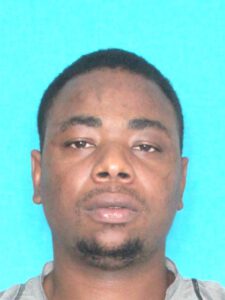