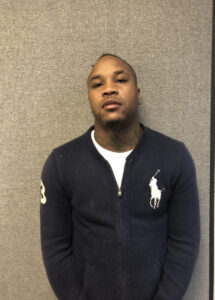 Houma Police learned through investigation that the incident stemmed from an altercation Jarrod Turner and Donald R. Ross had with each other over a female. Houma Police learned Turner and Ross were involved in an altercation at some apartments on the Eastside of Houma during the early morning hours, which let to Turner leaving the apartment complex and Ross following him to a location near Commerce Street.

Once on Commerce Street, Ross exited a vehicle armed with an weapon, firing several times in Turner’s direction striking him. After extensive interviews with witnesses, Houma Police began searching for Donald Ross.

Shortly thereafter, Donald Ross turned himself in at the Houma Police Department and was subsequently arrested for Second Degree Murder. Houma Police detectives are continuing their investigation, but would like to commend the public for their assistance in this matter.