Chief James F. Blair reports that over the last 24-hour period the Morgan City Police Department responded to 35-calls of service. The following person(s) were arrested as the result beginning on 8/4/2020.

Officers were called to an address on Brashear Ave. about a criminal damage to property complaint. Upon officer’s arrival, they learned Gage Landry had damaged property at the address. Gage Landry was located on the scene and arrested. He was transported to the Morgan City Police Department for booking and incarceration. 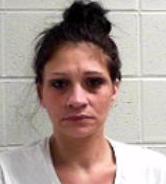 Investigators with the Morgan City Narcotics Division conducted a traffic stop in the area of General McArthur St. and Federal Ave. During the traffic stop, two of the passengers were identified as Nicole L. Babin and Ernest R. Harris Jr. During the traffic stop, Babin was found in possession of suspected marijuana and drug paraphernalia. Harris was found in possession of suspected synthetic marijuana, methamphetamine, marijuana, and drug paraphernalia. They were placed under arrest and transported to the Morgan City Police Department for booking and incarceration.