Chief James F. Blair reports that over the last 24-hour period the Morgan City Police Department responded to 40-calls of service. The following person(s) were arrested as the result beginning on 8/11/2020.

Lawrence A. Garrett was located in the City Court of Morgan City and placed under arrest on a Direct Contempt warrant. He was booked on incarcerated at the Morgan City Police Department. 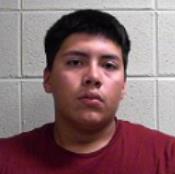 Charge: Driving While Intoxicated (1st Offense)
Driving under Suspension
Obstruction of a Highway

Officers were called to the area of Highway 182, and U.S. 90 for a vehicle stopped in the roadway. Upon officer’s arrival, they located the driver asleep in the vehicle. The driver was identified as Jorge A. Rodriguez. A computer check revealed his driver’s license was suspended. During the traffic stop, the officer suspected driver impairment and placed Rodriguez under arrest. He was transported to the Morgan City Police Department for booking and incarceration.