Chief James F. Blair reports that over the last 24-hour period the Morgan City Police Department responded to 40-calls of service. The following person(s) were arrested as the result beginning on 6/10/2020. 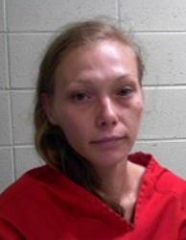 Erica Lee Gaddy, 32 years of age, Address- Fig St., Morgan City, LA, was arrested on 6/10/2020 at 6:41 P.M.
Charge: Possession of Stolen Things Over $25,000.00
Possession of Methamphetamine
Possession of Drug Paraphernalia
Officers located a vehicle that was reported stolen parked at an address on Fig St. Officers made contact with Erica L. Gaddy at the residence. Officers learned she had driven the vehicle to the residence.  She was also found in possession of suspected methamphetamine and drug paraphernalia. She was placed under arrest and transported to the Morgan City Police Department for booking and incarceration.

Hunter Wayne Gros, 20 years of age, Address-River Road, Berwick, LA, was arrested on 6/10/2020 at 10:51 P.M.
Charge: Tail Lights Required
No Motor Vehicle Insurance
Warrant: Failure to Appear
Officers conducted a traffic stop in the area of Brashear Ave. and Fourth St. for a traffic violation. A warrant check revealed the City Court of Morgan City held active warrants for his arrest. He was placed under arrest and transported to the Morgan City Police Department for booking and incarceration.