Chief James F. Blair reports that over the last 96-hour period the Morgan City Police Department responded to 156-calls of service. The following person(s) were arrested as the result beginning on 5/28/2021. 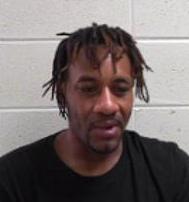 Officers were called to the 1400 block of Federal Ave. for a disturbance where someone was cut with an edged weapon on Saturday evening, May 29, 2021. Upon the officer’s arrival, they were advised by witness Nicholas Gamble had struck the victim in the hand with a machete. The victim was transported to a medical facility for treatment. After officers were unable to locate Nicholas Gamble, a warrant was obtained for his arrest. On the morning of May 30, 2021, the Morgan City Police Department received a tip that Nicholas Gamble was walking in the area of Fourth St. Upon officers arriving, Nicholas Gamble fled on foot. After a brief foot chase, Nicholas Gable was taken into custody. He was transported to the Morgan City Police Department for booking and incarceration.

Charge:
Theft under $1,000.00
Criminal Damage to Property
Entry on or Remaining in Places or on Land After Forbidden