iSpeech
Chief James F. Blair reports that over the last 24-hour period the Morgan City Police Department responded to 31 calls of service. The following person(s) were arrested as the result beginning on 5/4/2020: 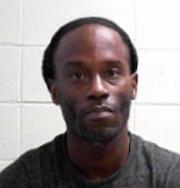 Darell Jonic Gash, 39 years of age, Address-Willard St., Morgan City, LA, was arrested on 5/4/2020 at 2:50 P.M.
Charge: Aggravated Second Degree Battery
Obstruction of Justice-Tampering with Evidence
Officers were called to a Highway 182 address for an individual requesting medical assistance. Upon officer's arrival, they learned the individual had several lacerations to their arms, leg, and torso. Officers learned Darell Gash had approached the victim, striking them serval times then produced a knife. Darell Gash then stabbed the victim several times before fleeing the scene. The victim was transported to a medical facility for treatment.  Officers located Gash at a Federal Ave. residence and placed under arrest. He was transported to the Morgan City Police Department for booking and incarceration.