Chief James F. Blair reports that over the last 24-hour period the Morgan City Police Department responded to 35-calls of service. The following person(s) were arrested as the result beginning on 5/26/2020 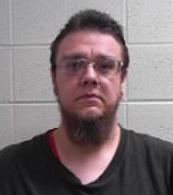 Steven Van Lindsey Jr., 33 years of age, Address- Patton St., Morgan City, LA, was arrested on 5/26/2020 at 5:27 P.M.
Warrants: Creation of a Clandestine Laboratory
Possession with the Intent to Distribute Schedule I (THC OIL)
Possession of Marijuana over 14 grams (1st Offense)
Possession of Schedule I (Mushroom -AKA Shroom Extract)
Violation of CDS Laws-Drug Free Zone
Illegal Carrying of a Weapon in the Presence of CDS
Transaction Involving Proceeds from Drug Activity
Possession of Drug Paraphernalia
The warrant stems from an investigation conducted by the Morgan City Police Department Narcotics Division in conjunction with the St. Mary Sherrif’s Narcotics Division on May 14, 2020.
On May 26, 2020, Lindsey was located by Narcotics Detectives and placed under arrest. He was booked and incarcerated in the Morgan City Police Department.

Phil Christopher Nugent, 57 years of age, Address-Oak Harbor Dr., Morgan City, LA, was arrested on 5/27/2020 at 2:54 A.M.
Warrant: Fugitive from Justice
An officer came into contact with Phil C. Nugent on Highway LA 70. A computer check revealed the New Orleans Police Department held an active warrant for Simple Assult. He was placed under arrest and transported to the Morgan City Police Department for booking and incarceration.