Chief James F. Blair reports that over the last 48-hour period the Morgan City Police Department responded to 140-calls of service. The following person(s) were arrested as the result beginning on 5/22/2020

Brittany Morgan, 29 years of age, Address-Saint Claire St., Morgan City, LA, was arrested on 5/22/2020 at 1:15 P.M.
Warrants: Failure to Appear (3 counts)
Brittany Morgan was located at the Morgan City Police Department and placed under arrest on active warrants held by the City Court of Morgan City. She was booked and incarcerated. 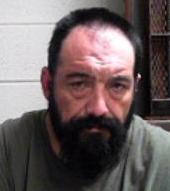 Christopher James Bourque, 41 years of age, Address-Cupcake Circle, Erath, LA, was arrested on 5/23/2020 at 1:56 A.M.
Charge: Headlights Required
Possession on Methamphetamine
An officer conducted a traffic stop and identified the driver as Christopher J. Bourque. During the traffic stop, he was found in possession of suspected methamphetamine. He was placed under arrest and transported to the Morgan City Police Department for booking and incarceration.

Christopher Lynn Haynes, 37 years of age, Address-Hickory St., Patterson, LA, was arrested on 5/25/2020 at 6:33 P.M.
Charge: Possession of Methamphetamine
Possession of Marijuana
Possession of Drug Paraphernalia
Officers came into contact with Christopher L Haynes at a local. He was found in possession of suspected methamphetamine, marijuana, and drug paraphernalia. He was placed under arrest and transported to the Morgan City Police Department for booking and incarceration.