Chief James F. Blair reports that over the last 36-hour period the Morgan City Police Department responded to 105-calls of service. The following person(s) were arrested as the result beginning on 5/15/2020 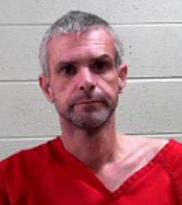 David Langston, 43 years of age, Address-Willie Redden Road, Greensburg, LA, was arrested on 5/15/2020 at 6:49 P.M.
Charge: Careless Operation
Stop Sign
Aggravated Flight from an Officer
No License on Person
Red Light Violation
An officer on patrol observed a vehicle driving reckless in the area of Highway 182. The officer attempted to conduct a traffic stop, at which time the vehicle failed to stop. The vehicle fled to North Second St. and came to a stop at a residence. The officer was able to take Langston into custody and place him under arrest. A computer check revealed St. Helana Parish Sheriffs Office held an active warrant for Failure to Register as a Sex Offender. He was transported to the Morgan City Police Department for booking and incarceration. 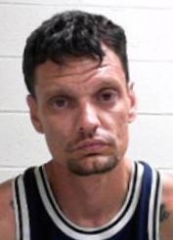 Jeffery Lee Vasold Jr., 34 years of age, Address-Second St., Morgan City, LA, was arrested on 5:50 P.M.
Charge: No Motor Vehicle Insurance
Theft under $1,000.00
Disturbing the Peace intoxicated
Officers were called to a local business on Railroad Ave. about a person asleep in a vehicle. Upon officer’s arrival, they discovered Jeffery Lee Vasold asleep in the vehicle. Upon officers waking up Vasold, officers observed he was in an intoxicated condition. During the investigation, officers discovered several stolen items in his vehicle. Owners of the property were contacted and verified the items were stolen. He was placed under arrest and transported to the Morgan City Police Department for booking and incarceration.

Gilbert I Harrison, 33 years of age, Address-Egle St., Morgan City, LA, was arrested on 5/18/2020 at 3:54 A.M.
Charge: Aggravated Burglary
Possession of Synthetic Marijuana (1st Offense)
Possession of Drug Paraphernalia
Possession of MDMA-Ecstasy
Criminal Trespass
Resisting An Officer
Violation of CDS Laws-Drug Free Zone
Officers were called to a Fifth St. residence about a burglary. Upon the officer’s arrival, the victim reported he was struck in the back of the head with an object while walking into his residence. He advised the officers the suspect stole $188.00 and fleed on foot. Officers attempted to stop an individual matching the description on Egle St. The individual fled on foot from officers. Officers were captured and identified the individual as Gilbert I Harrison. Officers located the $188.00 stolen from the victim in Harrison’s possession. Officers also located suspected synthetic Marijuana, Ecstasy, and drug paraphernalia. He was located within a posted drug-free zone and was additionally charged. He was placed under arrest and transported to the Morgan City Police Department for booking and incarceration.