Chief James F. Blair reports that over the last 24-hour period the Morgan City Police Department responded to 32 calls of service. The following person(s) were arrested as the result beginning on 4/20/2020: 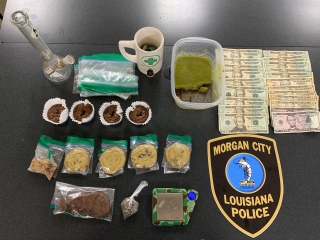 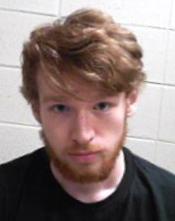 Charge: Manufacture of Schedule I-THC WAX
Possession of Schedule I with the Intent to Distribute (Marijuana)
Possession of Drug Paraphernalia
Possession of Control Dangerous Substance in the Presence of Juvenile
Morgan City Police Department Narcotics Detectives conducted a narcotics investigation at a Federal Ave residence and came into contact with Chase A. Scully. During the investigation, Investigators discovered 644 grams of edible marijuana products and drug paraphernalia in Scully’s possession. The investigation revealed evidence Chase Scully had manufactured the edibles marijuana products. Investigators also located $310.00 in his possession, which was suspected proceeds from the sales of the illegal narcotics. A small infant child was inside the residence during the investigation resulting in an additional charge. He was placed under arrest and transported to the Morgan City Police Department for booking and incarceration.