https://www.ispeech.org
Chief James F. Blair reports that over the last 24-hour period the Morgan City Police Department responded to 33 calls of service. The following person(s) were arrested as the result beginning on 4/14/2020: 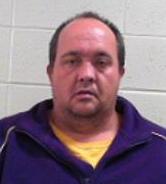 Kelly Frederick Lee Jr., 40 years of age, Address-Tiffany St. Hammond, LA., was arrested on 4/14/2020 at 10:39 A.M.
Charge: Theft between $1,000.00 and $5,000.00
Forgery
Officers were called to a business on Highway 70 about a theft and forgery complaint. During the investigation Kelly F. Lee. Jr. was developed as a suspect. Investigators learned Lee had forged the two of the company's checks for a total of $4,000.00. Kelly Lee Jr., an employee at the business, was placed under arrest and transported to the Morgan City Police Department for booking and incarceration.