Chief James F. Blair reports that over the last 36-hour period the Morgan City Police Department responded to 94 calls of service. The following person(s) were arrested as the result beginning on 3/30/2020:

Jeremie Martin Paul Jr., 29 years of age, Mallard St., Morgan City, La., was arrested on 3/28/2020 at 3:10 P.M.
Charge: Disturbing the Peace
Simple Assualt
Officers were called to Wren St. for a disturbance. Upon officer’s arrival, they came into contact with Jeremie Paul. Paul was identified as the person causing the disturbance and attempting to assault an individual. He was placed under arrest and transported to the Morgan City Police Department for booking and incarceration. 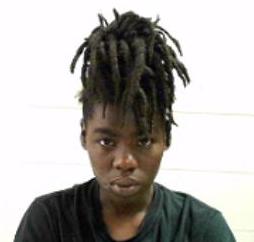 Jasmiera Sade Jack, 20 years of age, Address-Pickett Lane, Franklin, La., was arrested on 3/29/2020 at 3:14 A.M.
Charge: Aggravated Second Degree Battery
Officers were called to a Barrow St. residence for an individual being stabbed. Upon officer’s arrival, they came into contact with the victim who suffered a non-life threatening knife wound to their leg. Jasmiera S. Jack was identified as the suspect. Jack later returned to the residence and was placed under arrest. She was transported to the Morgan City Police Department for booking and incarceration.