Houma Police is investigating an early morning homicide. According to authorities, on August 13, 2020, just after 2 a.m., Houma Police were dispatched to Renada Lakes Apartments in reference to a shooting. When officers arrived, it was learned that an altercation had taken place between a male and female inside of an Apartment. They learned that the female had shot the male in the chest with a semi-automatic pistol. During the investigation, Houma Police also learned the female drove him to the hospital and dropped him off where he later succumb to his injuries.

Houma Police identified the victim as 33 year old Henry Boyd of Chateau Rd. and the female has been identified as 29 year old Victoria Garrick of Acadian Drive. Garrick was found hiding in the rear storage area on Bryant St. and was taken into custody charged with Second Degree Murder.

This investigation is still ongoing. 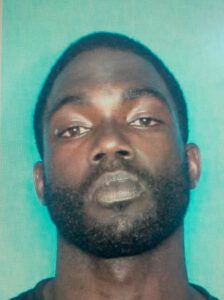