Lumpkin does not have a driver’s license and a subsequent search from the Chitimacha K-9 Dozer alerted Chitimacha Officer’s to additional narcotics. As the investigation progressed, Chitimacha Officers located marijuana, crack cocaine, and $15,201.00 in US Currency.

The St. Mary Parish Sheriff’s Department was contacted and their detectives were able to further the investigation, which led to additional charges outside of the Chitimacha Reservation.

Lumpkin was transported to the parish jail. This is an ongoing investigation and further arrests are anticipated. 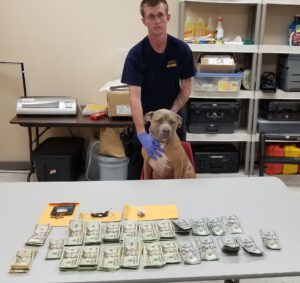