KQKI News has learned that former State Senator D.A. “Butch” Gautreaux has died. A cause of death has not been released
His family released the following statement on Facebook: 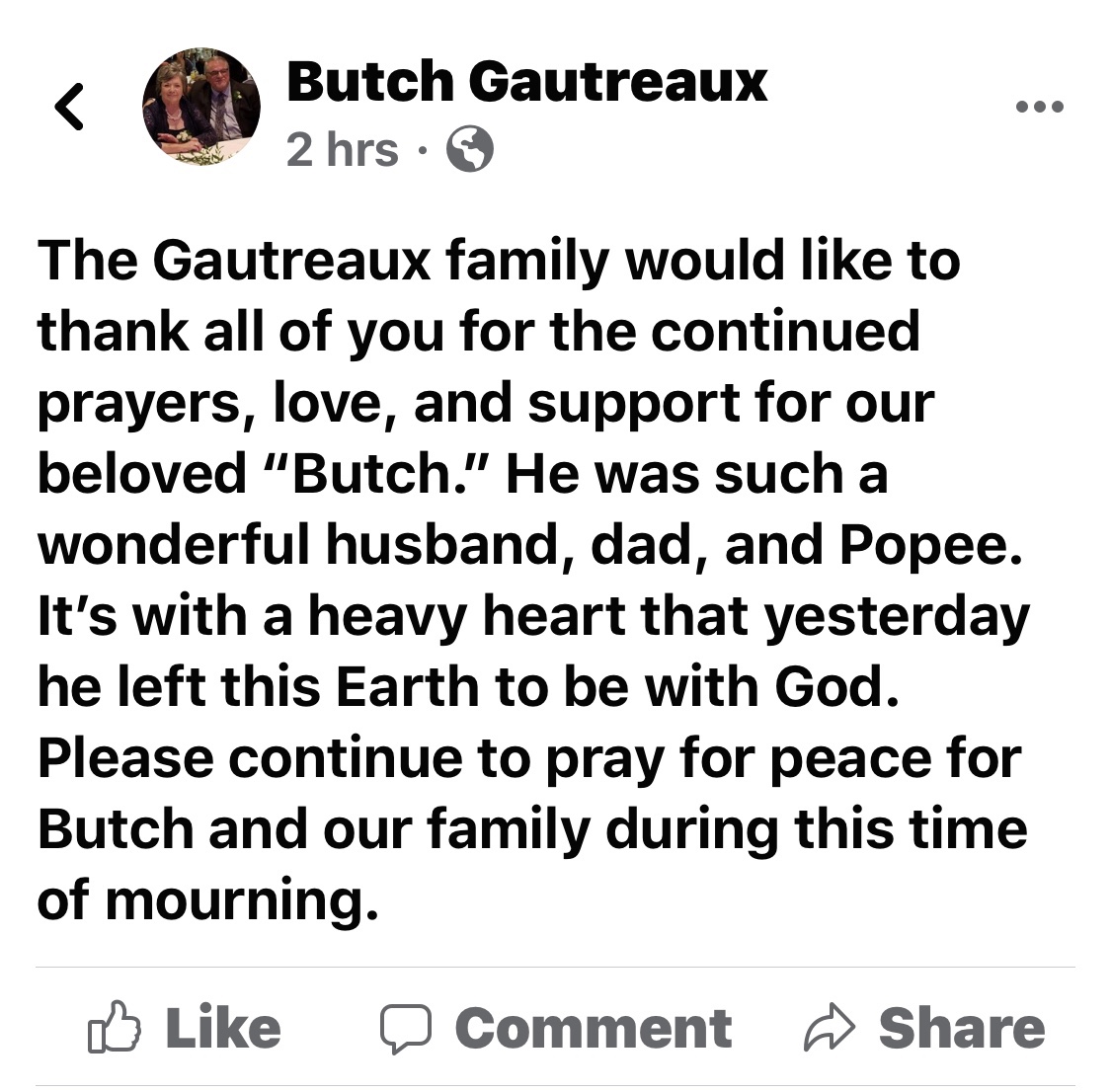 Gautreaux, 73, represented Senate District 21 from 2000 to 2012. He previously served in the Louisiana State House of Representatives from 1996 to 2000.
Gautreaux attended Nicholls State University.

From 1996 to 2000 he was Vice President of Marketing for Marsianin, Limited Liability Company Industrial Contractors. He was also the former owner of Today’s, retail home appliance and electronics store, in Morgan City.

The staff of KQKI sends our heartfelt condolences to his family.